History of the Caganer. Where did the tradition come from?

History of the Caganer. Where did the tradition come from? 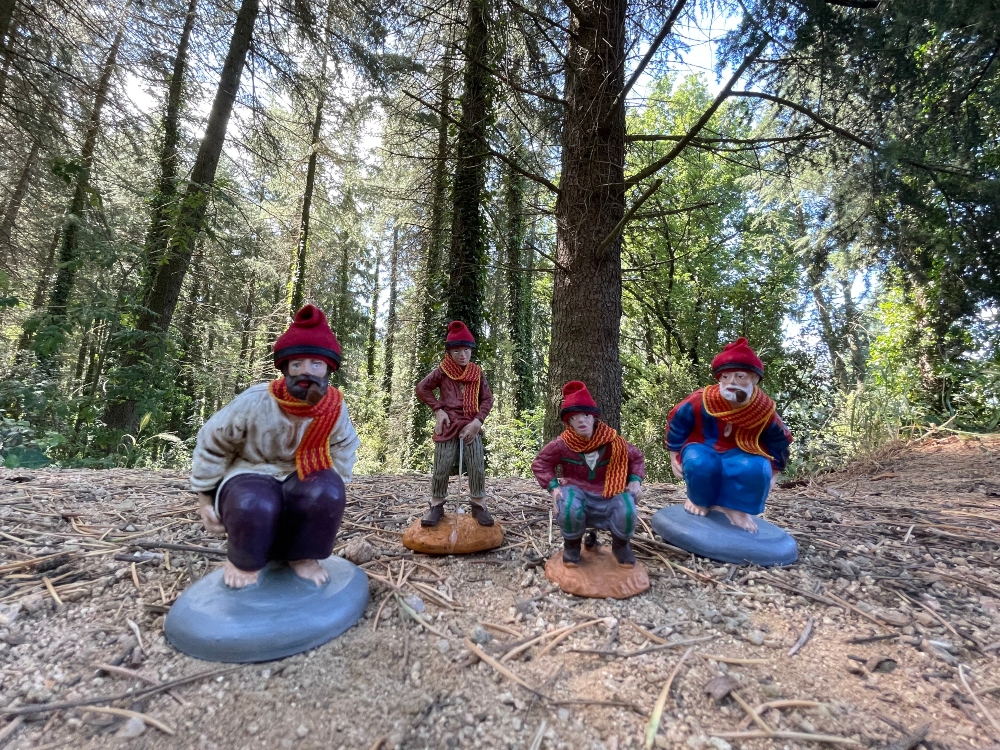 What is the history of the Caganer in Catalonia?

The caganer is one of the most traditional and original elements of Christmas in Catalonia, along with the Tió de Nadal. It has been traditional in Catalonia for many years to put in the Christmas nativity scene the character of a man pooping with a red barretina and pipe.

But, what is the history and origin of the caganer? Where did the tradition come from? Is Catalonia the only place where this tradition is celebrated? Where can you buy a Caganer? Let’s find out! 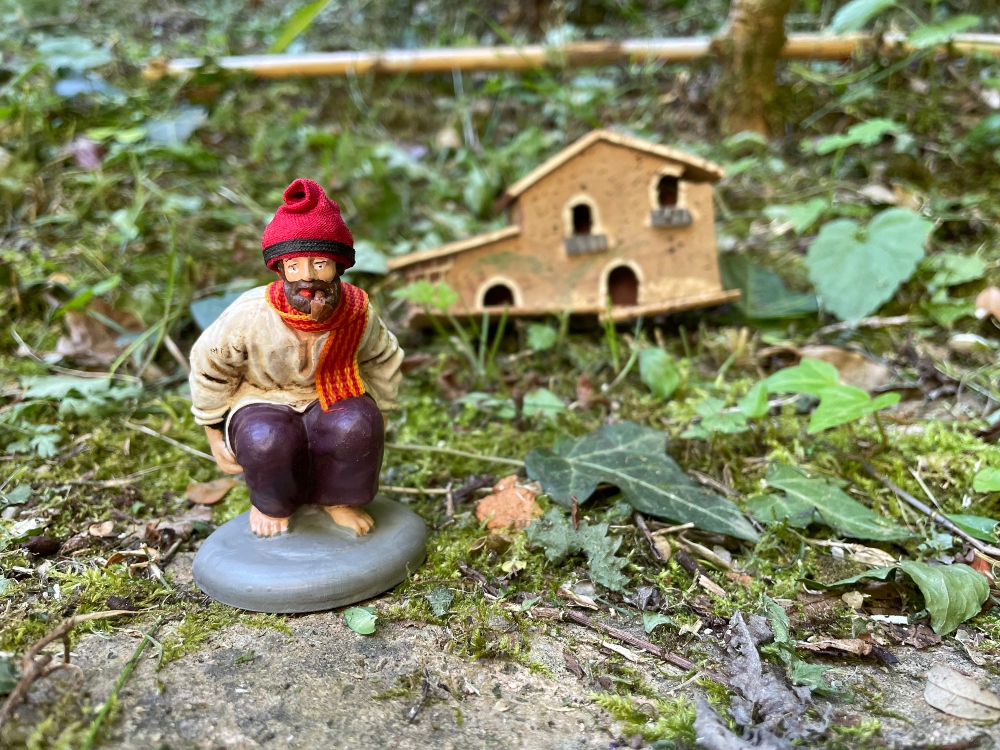 What is the caganer?

The Christmas caganer is one of the most traditional and original Christmas nativity scene figures in Catalonia. The caganer is the figure of a man with a red Catalan barretina and a Catalan scarf… Pooping!

But what is the history of the caganer? When did the tradition of adding a person pooping in the Christmas nativity scene begin?

History of the Caganer, the catalan christmas pooper

The origin of the caganer, related to fertilization rituals

As Joan Fornés i Garcia explains in his book “El Tió de Nadal: orígens i tradició”, according to the folklorist Joan Amades the character of the caganer of the popular nativity scene is related to the fertilization rituals shared among many peoples of Europe:

“This figure was obligatory in the nineteenth-century nativity scenes, as people said that with its deposition femava the earth of the crib, which became fertile and ensured the manger for the following year and with it the health and tranquility of body and soul that there is to make the crib, with the joy and happiness that Christmas brings to the home. 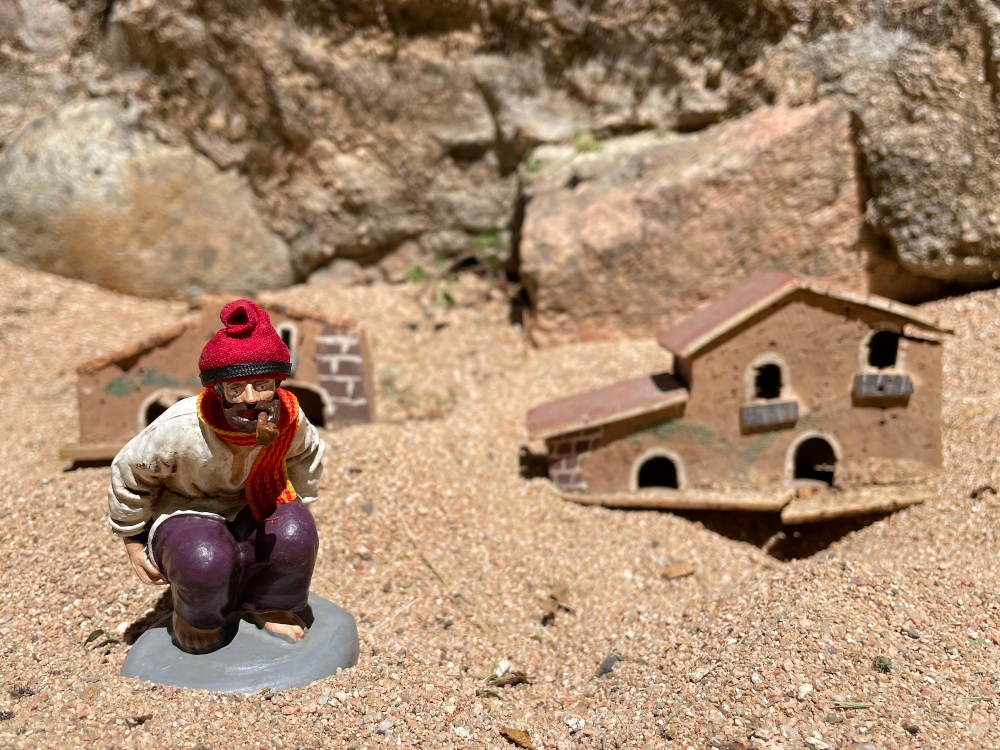 Although in Catalonia is the place where it has more tradition, popularity and rootedness, in France, a figure is known with the name of Pêre La Colique, the caganer that is puts the manger is not an exclusive figure of Catalonia.

Of caganers we also find the nativity scenes in Murcia, in the Basque Country, in Valencia, in the Canary Islands, in Portugal and in Naples.”

The origin of the caganer, the baroque period

Other legends about the origin of the caganer, place it in the baroque period during the XVI, XVII and XVIII centuries, time of preponderance of the guilds. In this way the caganer is found as a motif in the so-called “tiles of the trades”. As explained in the amics del caganer:

“It is possible that the incorporation of the caganer in the nativity scene took place during the baroque period (late seventeenth century or early eighteenth century), a movement that was characterized by the extreme realism that poured, above all, to still lifes and costumbrista scenes, all closely related to the description of village life. It is then when the working conditions and home and outdoor scenes were taken into account as artistic themes.

In this way, aspects of everyday reality that until then had been underestimated were dignified. With the impulse of the baroque and the costumbrista approach in reality, the caganer takes all its meaning, crude, ironic and scatological time, consistent with the human condition and the servitudes of their nature. It is a very appropriate figure and completely identified with the rural environment where he came from. ”

Other traditions in the world similar to the caganer

As Joan Amades explained, and unlike the Caga Tió, Catalonia is not the only place in the world where this figure of a man pooping is a tradition. In other regions or countries they also celebrate it in a similar way.

In France there was the figure of Père la Colique. This figure is a toy similar to the caganer that also became famous in France in 1980. This toy at that time had a “recharge” that made the poop appear.

In Naples there is the figure of the cacone or pastore che caca. A slightly different figure than the caganer, but also a Christmas character of a shepherd making poop. This one, however, without the barretina and the Catalan scarf!

Caganers are also found in the nativity scenes of Murcia, in the Basque Country, in Valencia, in the Canary Islands and in Portugal.

Where to buy a caganer for the nativity scene?

If you want a caganer for sale to put in a corner of your Christmas crib, tiodenadal.online have different catalogs ideal for your crib.

On the one hand, you can buy the traditional Catalan caganer, with red barretina, pipe and Catalan scarf, which with a height of about 10cm is the perfect figure to add to your nativity scene.

On the other hand, you can also find the caganer for nativity scenes hidden in a corner that, unlike the other caganer, this one is hidden behind bushes and stones!

The caganer is a unique and original figure of the nativity scene in Catalonia, but also the pisser (El Pixaner). Thus, we also put on sale the caganer and the pisser, a pack on offer that includes the two set figures that come with the Catalan scarf and the Catalan barretina and are ideal for nativity scenes.

Finally, for the Barça fans we also have a Barça caganer, with barretina, Catalan scarf and a pipe and the Barça colours! 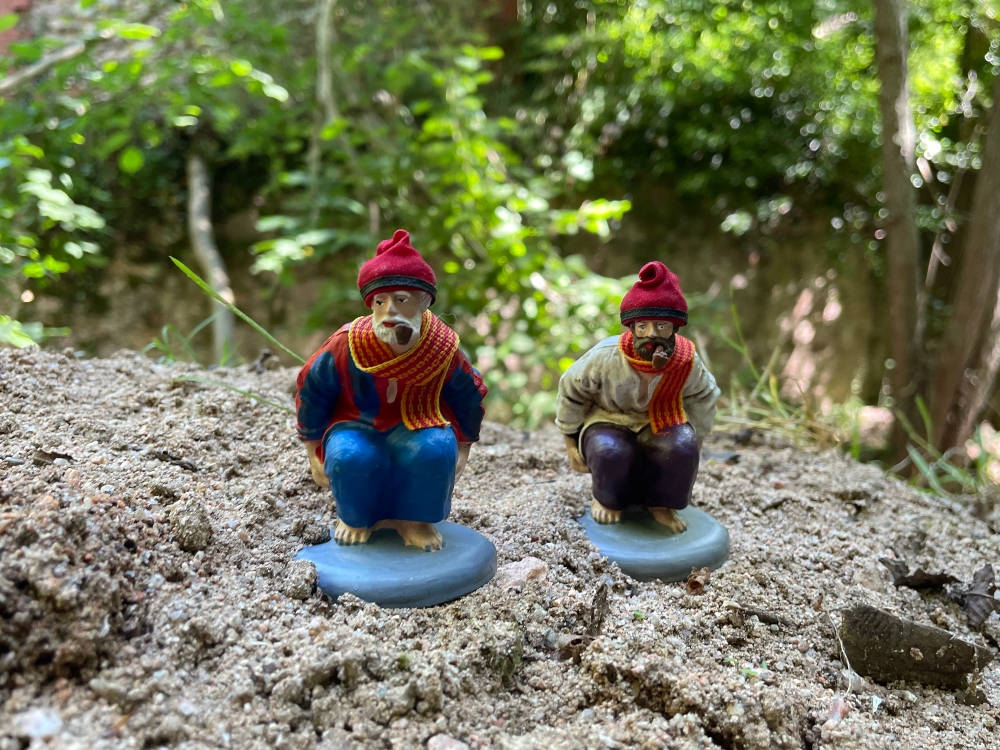 A tiodenadal.online you can also buy the Tió de Nadal online, from Caga Tió logs for sale to Tió de Nadal for decoration.